skip to main | skip to sidebar

Back from holiday to find out that Exeter City host Liverpool in the League Cup this evening. No chance of a ticket but the bonus is that it's on Sky. Just seen the line ups - an incredibly strong Liverpool side and an Exeter side that seem to be struggling having lost the spine of last season's team. Be good to keep it to 3 or 4, I reckon. Let's see... 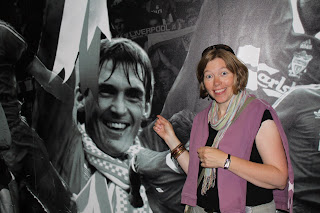 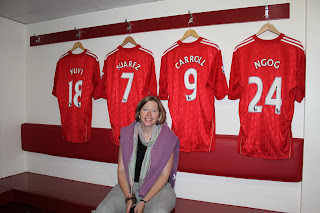 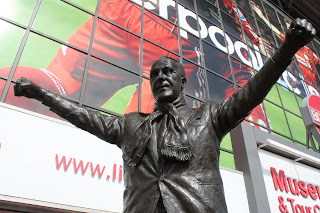 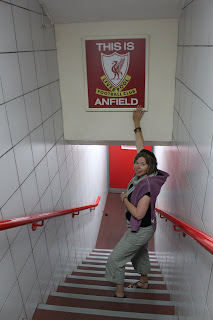 On the way home from our trip to Lancaster I cashed in a raffle prize that friends in the church had passed on to us. They won passes for the Liverpool Anfield tour and museum. So I booked it up on the sly and kept it quiet until we were in Lancaster.

On arrival at Anfield - which is in a shockingly deprived part of the city - we waited by the Shankley memorial under The Kop and then had a splendid time touring the stadium, press room, changing rooms, managerial dugout, Kop and all. Then we ate at the Boot Room cafe and went to see all the bling in the trophy cabinets - and Liverpool have won a lot of trophies! Found out that the Kop holds 12,300 I think, which is nearly half as much again as the entire stadium at Exeter City. It was really well done with very friendly guides and we spent longer there than we expected, a good day out.
Posted by Steve at 18:40 No comments:

A brush with fame

Start of the football season tonight with Blackpool v Hull on Sky this evening. I spent some time in Lancaster earlier this week with my favourite parishioner and on Monday evening, after a wet day in the Lakes we dropped into an old haunt for a pint. Who should we find ourselves bumping into but Ian Holloway, Blackpool manager, partaking of a sandwich and a glass of white wine before seeing his Blackpool XI defeated 3-1 by Lancaster City (who are gloriously nicknamed The Dolly Blues). So, how many other people can claim to have heard his dulcit Bristol tones crooning away to Al Green's, Let's Stay Together? Hope it isn't an omen for a meeting with his chairman this season, everyone likes Ian Holloway, even if he was once Argyle manager.
Posted by Steve at 18:08 No comments:

A sort of homecoming 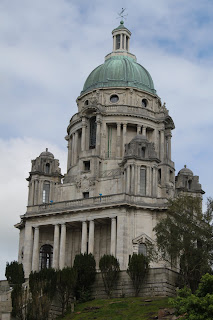 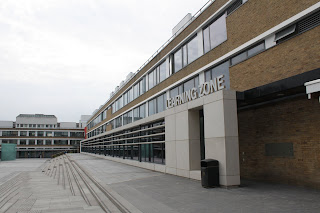 Alexandria Square, Lancaster University - now it has a learning zone! 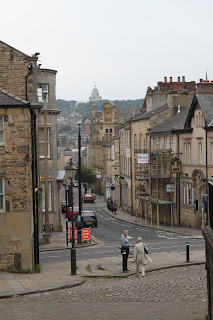 Street scene, very close to where we stayed

Me and my favourite parishioner have just spent a few days back in the place where it all started for us this week, Lancaster. We both studied there - well she did and I got a degree too and this being twenty years since we said, "I do", it was a perfect excuse to return to the scene of the crime. We stayed in the Sun Hotel, a really great place to stay, spending about a term's rent in old student money on four days.

Being child free for the time, we did plenty of reminiscing without protestations of boredom from smaller folk and enjoyed being back for the first time in many a year. Inevitably much had changed, my old college has been uprooted and cast into the outer reaches of the campus, and Crows is not a patch on the restaurant that we had our first meal as a couple at.

But then you realise again that it's more about the people than the place and we were heartened to see some old faces in St Thomas', the church we used to attend. One of them was jokingly called the ancient of days when we were there and now, there he is just shy of 100 and still worshipping in the place where I often heard him preach. Best of all was catching up with a couple of couples who stayed in Lancaster after their degrees. They have put down roots and it was brilliant to eat a very leisurely Sunday lunch at the Waterwitch sat by the canal and to sit around a table with old friends (though they didn't look any older) in nearby Galgate.

Great to see them and although Lancaster will always hold a place in our hearts, it really is about the people - they are what make a place. Must be better at staying in touch in future.
Posted by Steve at 11:41 No comments:

Steve
I'm a middle aged man, a Baptist Minister, and more to the point an evangelical Christian. I have a great family, the best wife, an interest in music (mainly the sort of things that a middle aged man should like) and media in general. I like my sport and hardly ever play any. Will watch Test matches very happily and have a love of football, Exeter City are my club of choice.